5.2 Inferential Statistics: Can the Results Be Generalized to Population?

Hypothesis Testing is a five-step procedure using sample evidence and probability theory to determine whether the hypothesis is a reasonable statement.

In other words, it is a method to prove whether or not the results obtained on a randomly drawn sample are projectable to the whole population.

2.Select a level of significance

5.Take a sample, arrive at a decision

People are ‘erroneously confident’ in their knowledge and underestimate the odds that their information or beliefs will be proved wrong. They tend to seek additional information in ways that confirm what they already believed.”

Based on this sample:

Q: Are there really more heavy internet users among males than among females in the general population?

A null hypothesis (H0)  is a statement of status quo, one of no difference or no effect.

An alternative hypothesis (H1) is one in which some difference or effect is expected.

H0:   There is no difference between males and females w.r.t.   internet usage.

Step 2: Select a level of significance

Analogy: innocence in a criminal trial
H0: the defendant is innocent

Analogy: Rustle in the bush – is it a lion?
H0: there is no lion in the bush

Levels of significance in marketing research

H0: There is no association between the variables

χ2 (chi-square) tests the equality of frequency distributions.
Which distributions/frequencies should we test? 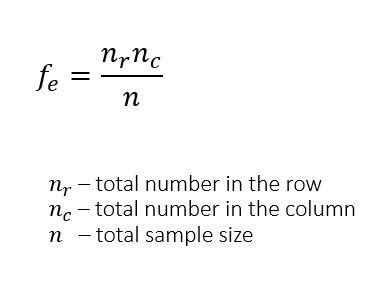 χ2 statistic should be estimated only on counts of data. When the data are in percentage form, they should be first converted to absolute values or numbers.

TScr – critical value of the test statistic for a given significance level.

If probability of TScal < significance level (α), then reject H0. 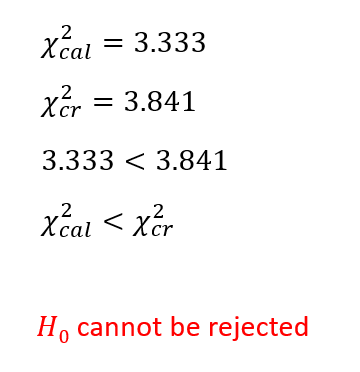 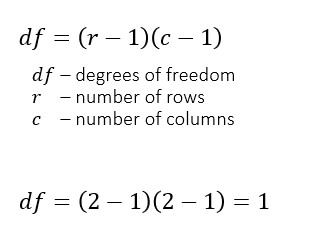 Step 5: Arrive at a decision

Is the evidence there?

What are the consequences?

Based on this sample:

Q: Are there really more heavy internet users among males than among females in the general population?

A: The sample doesn’t provide such evidence.

If the sample was chosen and drawn appropriately, then we can state that there is no such relationship in the population at the 95% confidence level.
Otherwise – we don’t know.