+ small differences between stimulus objects can be detected

+ easy to understand and to use

– Inability to generalize beyond the set of compared objects

We are going to present you with ten pairs of beer brands. For each pair, please indicate which one of the two brands of beer you would prefer to purchase. 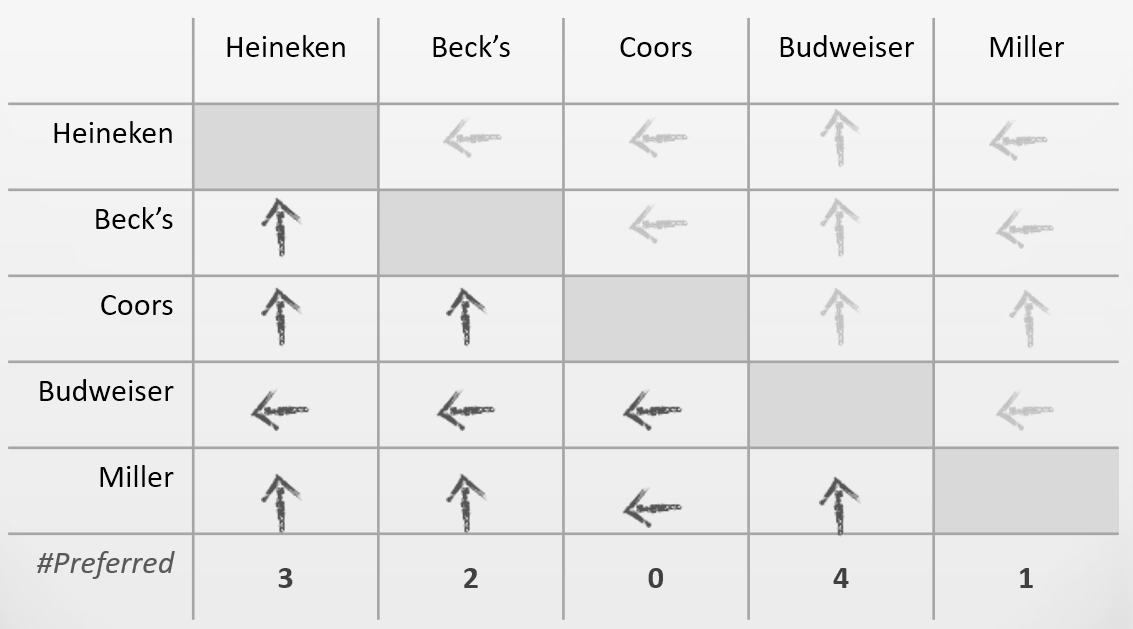 + direct comparison and overt choice

+ can assess rank-orders of stimuli (under assumption of transitivity)

– violations of transitivity may occur 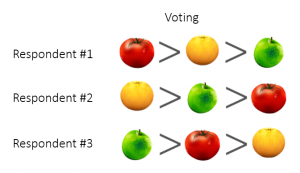 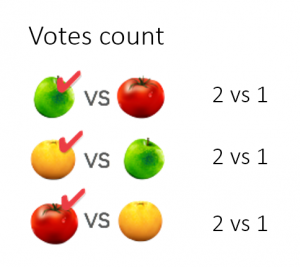 Apple is both the best and the worst alternative. Aggregated preferences of the group are inconsistent! 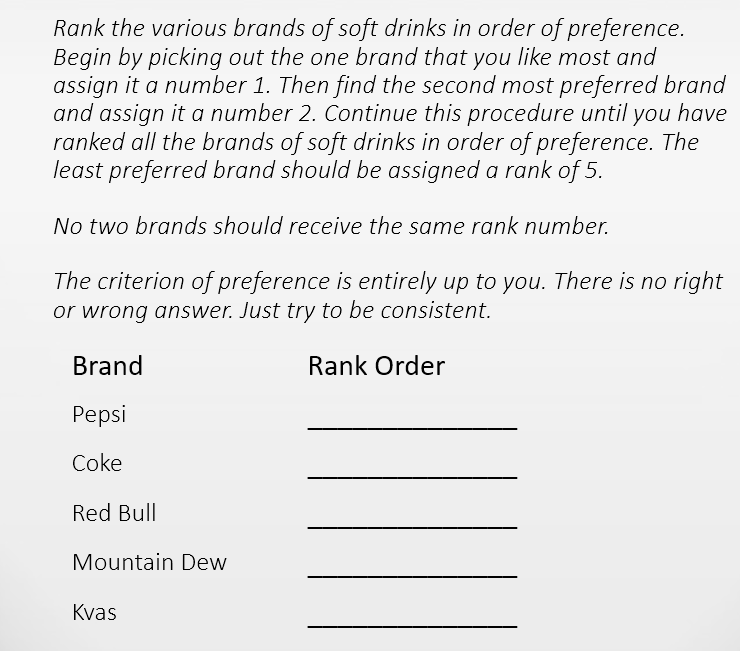 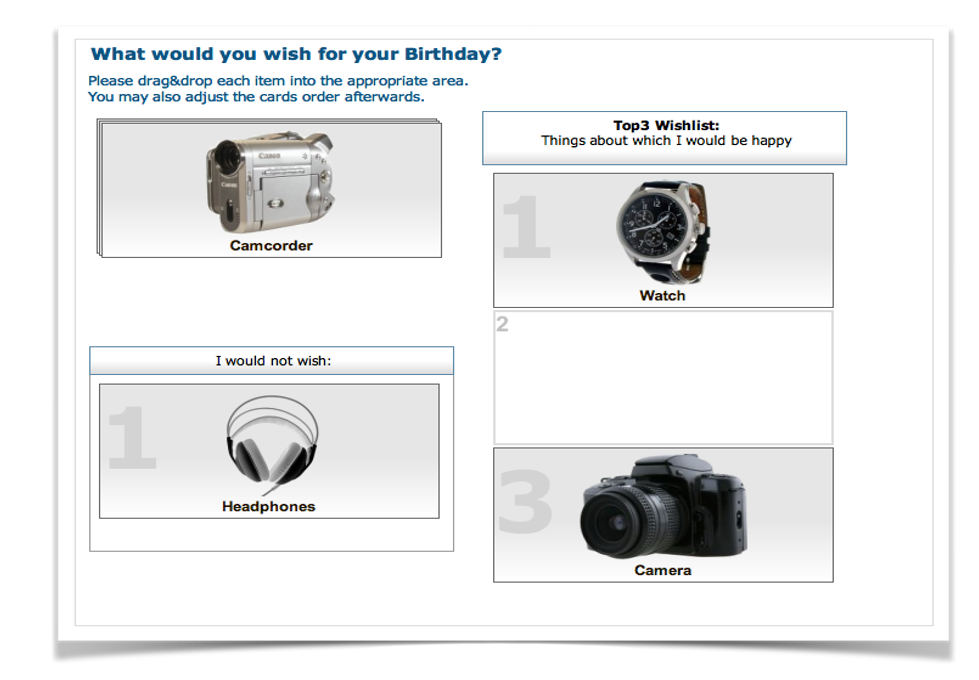 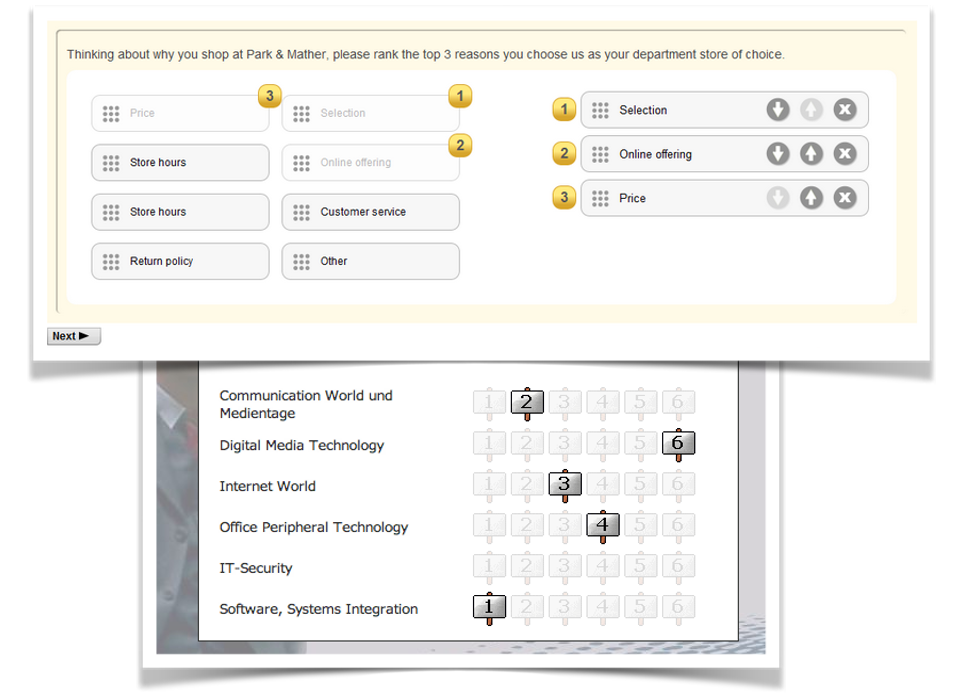 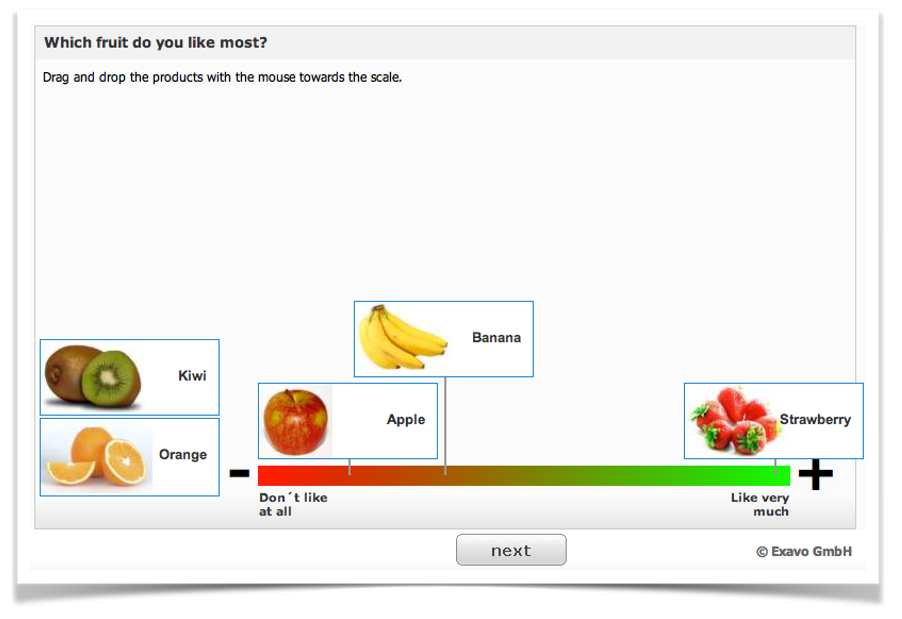 + good for measuring preferences of brands or attributes; conjoint analysis

– no zero point / separation between liking and disliking

– violations of transitivity may occur

Constant Sum – Respondents allocate a constant sum of units (points, dollars, chips, %) among a set of stimulus objects with respect to some criterion 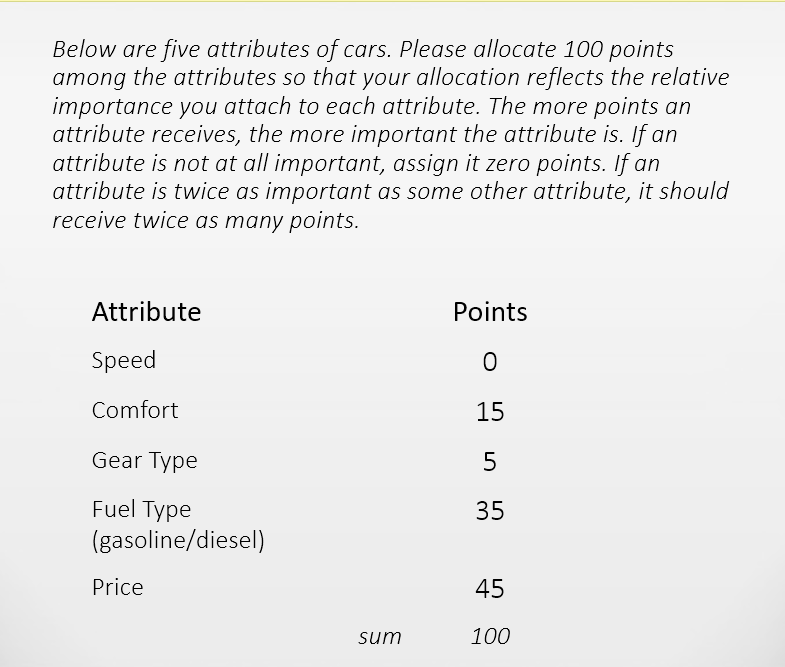 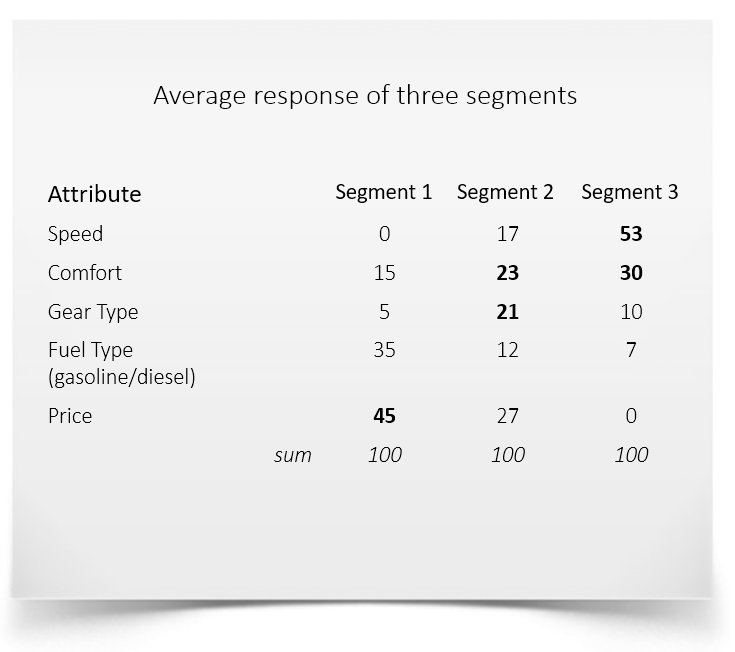 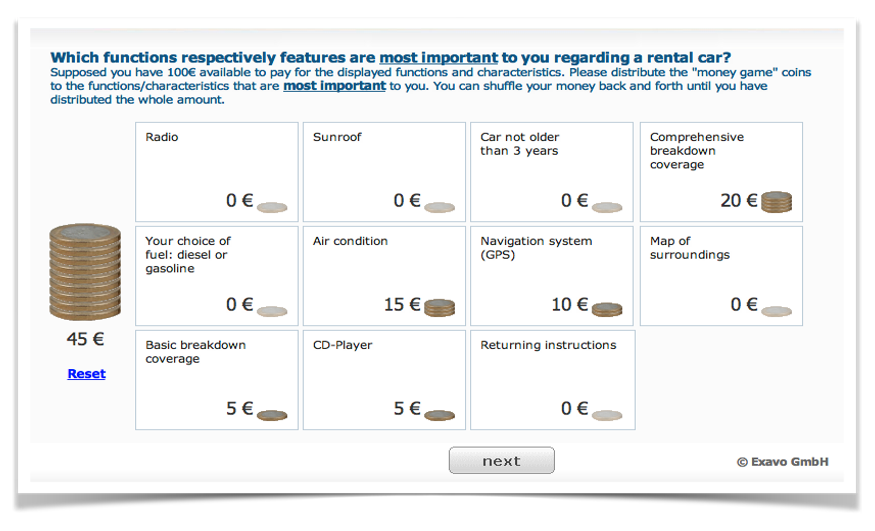 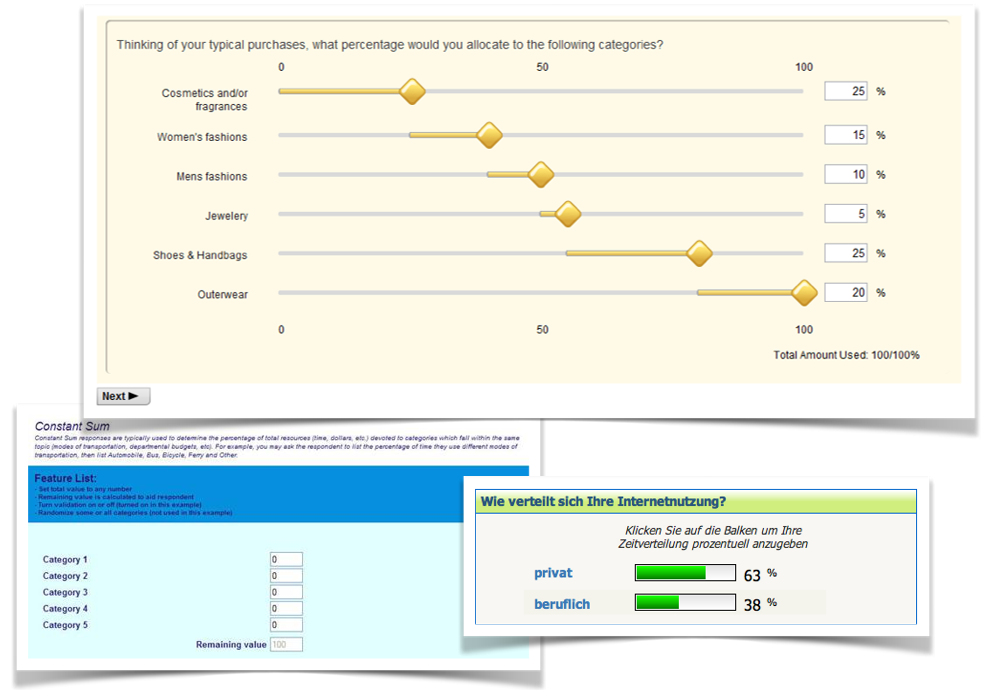 – results are limited to the context of stimuli scaled, i.e., not generalizable to other stimuli not included in the study

– relatively high cognitive burden for respondents, esp. when # of items is large

Q-Sort – A rank order procedure in which objects are sorted into piles based on similarity with respect to some criterion. Usually used to discriminate among a relatively large number (60-140) of objects quickly. The number of objects in each pile is limited, usually so that all piles imitate normal distribution.

To prevent epidemics, the Ministry of Health has developed the following 25 measures recommended for implementation in hospitals. Please distribute these measures for preventing the spread of infections according to their importance using the scheme below. Please allocate only one measure per box. 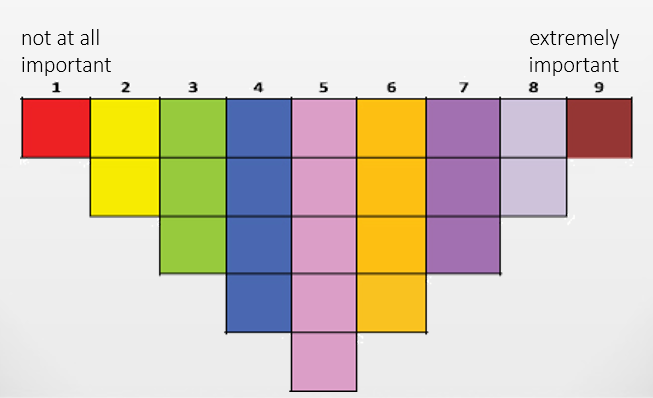