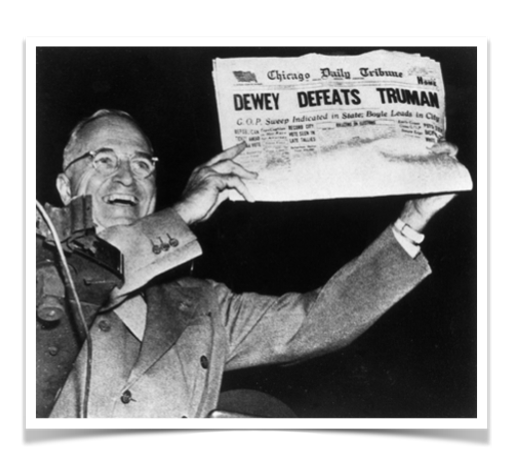 The world’s most famous newspaper error

Population – the group of people we wish to understand. Populations are often segmented by demographic or psychographic features (age, gender, interests, lifestyles, etc.)

Sample – a subset of population that represents the whole group

This relies on personal judgement of the researcher (often on people available, e.g., people passing in the street or walking through a mall).

This may yield good estimates of population characteristics, however, doesn’t allow for objective evaluation of the precision of sample results. That is, the results are not projectable to the population.

This random techniques ness allows applying  statistical to determine the precision of the sample estimates and their confidence intervals. The results are generalizable and projectable to the population from which the sample is drawn. 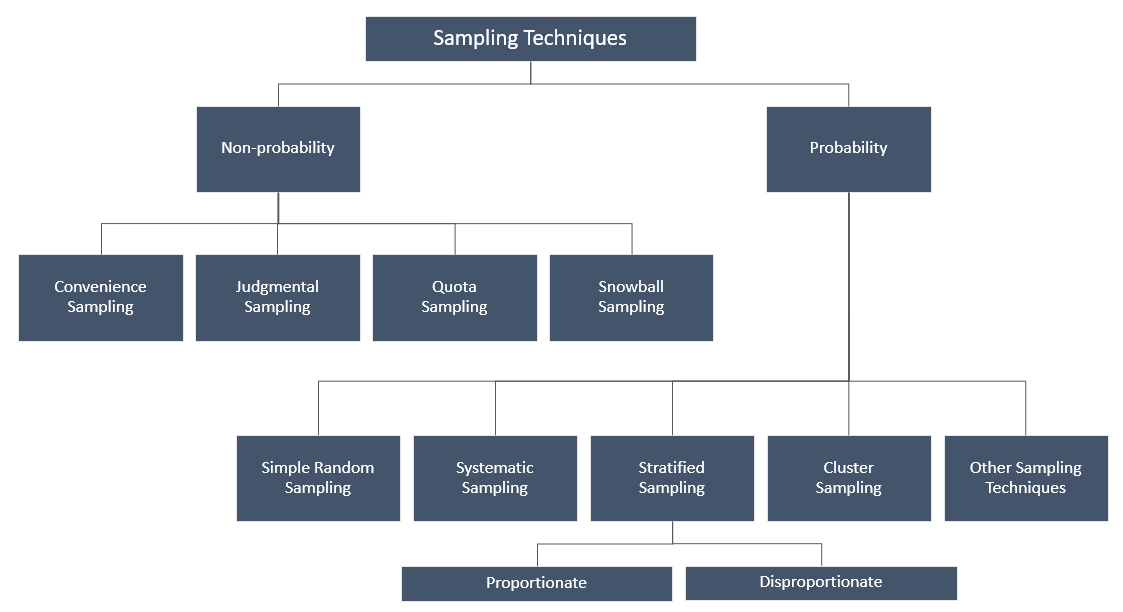